Manchester United will be looking to get back to winning ways, with Sunderland visiting Old Trafford and a much-needed three points on offer for Louis van Gaal and his men. The hunt for a spot in the top four is well and truly on, and United will be forced to earn every single point from here on out.

The team selection could be much-changed after a poor performance one more away at Swansea, but one of the standouts was Ander Herrera, so he’ll definitely keep his place in the side.

There has been an injury crisis up front this week, with James Wilson suffering a dead leg and Robin van Persie leaving the stadium in crutches last weekend. That leaves just Wayne Rooney and Radamel Falcao as our only two fit strikers, so the pair will certainly play together this weekend. 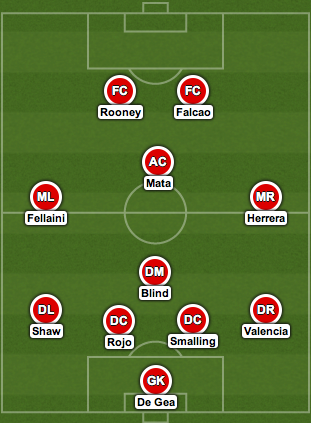 4-3-3: Manchester United likely XI to face City in the derby – Martial as striker

Manchester United’s current squad is absolutely ravished by injuries at this point in time, with Jose Mourinho having to choose from a list of players much thinner than he has become accustomed to. Despite that […]