Manchester United head South to take on Cambridge United in the FA Cup on Friday night, with the lads looking for a spot in the fifth round of England’s premier cup competition. After a poor performance in the Capital One Cup, Louis van Gaal will certainly be looking to make amends here.

Due to his stubbornness, it wouldn’t wholly surprise me to see Van Gaal persist with the 5-3-2 which clearly isn’t working. The young back line should have enough to keep Cambridge under wraps though.

Andreas Pereira could be set for a debut in this one, alongside the less mobile Darren Fletcher and Marouane Fellaini in midfield. James Wilson made a goalscoring return to action last time out, and he’ll partner club captain Wayne Rooney up top. 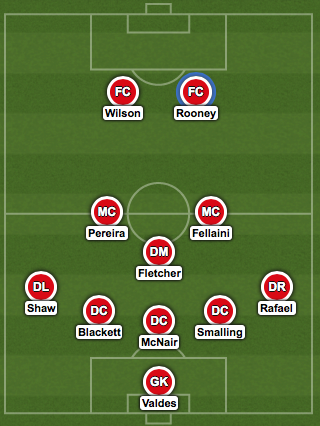 Manchester United head South this weekend, with a tough game against Arsenal on the agenda. Louis van Gaal’s side sit top of the Premier League and they’ll be looking to reinforce their spot with a […]

Louis van Gaal will go head-to-head with Manuel Pellegrini for the first time on Sunday afternoon, as the first Manchester derby of the season takes place at the Etihad Stadium. City sit four points ahead […]