Manchester United host Sunderland in a must win game if United are to continue the hunt for a spot in the top four. Games are running out quickly at the moment, and every three points is crucial at this stage in the season.

Louis van Gaal’s team selection is critical, but I cannot see there being many changes from the 2-1 defeat away at Swansea last season. Chris Smalling should come back into the side after another nervous performance from Phil Jones, with the rest of the back four staying the same.

Daley Blind will continue in the defensive midfielder role, with Ander Herrera and Marouane Fellaini ahead of him. Angel di Maria will play in the attacking midfielder role despite poor performances recently, with captain Wayne Rooney and Radamel Falcao who has been given one last opportunity to shine. 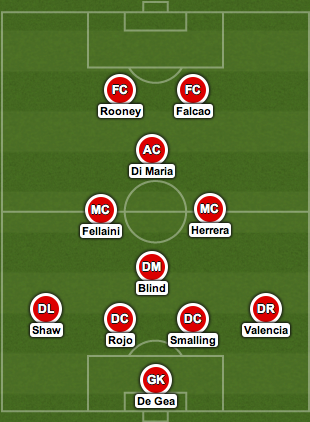 Manchester United need to continue winning in the Premier League at this point in time, with Jose Mourinho’s side breathing heavily down the neck of the top four. Next up, Watford at Old Trafford, in […]

Manchester United are back in Premier League action this coming Sunday, with Ole Gunnar Solskjaer’s side looking to continue with their positive form and move up the table. This weekend, the Red Devils visit Watford […]

Manchester United’s tour in the far East was flawless. Four wins from four stand the Red Devils in good stead before their final two friendly games. Next up is a trip to Ole Gunnar Solskjaer’s […]