Today is a bittersweet day for Manchester United fans all over the planet. The club announced the appointment of Louis van Gaal on a three-year deal, but just an hour later, Ryan Giggs broke the news that he’ll be retiring as a player after an illustrious career at Old Trafford.

The 40-year old won 34 major honours in his 963 games, culminating in an impressive trophy every 28.3 games in our famous Red kit. We’ll never see his like again, and he’ll undoubtedly go down as the best player of the Premier League era to date.

Its great that he’s staying on at the club as assistant manager, and hopefully one day we’ll see him get the managerial role on a permanent basis. 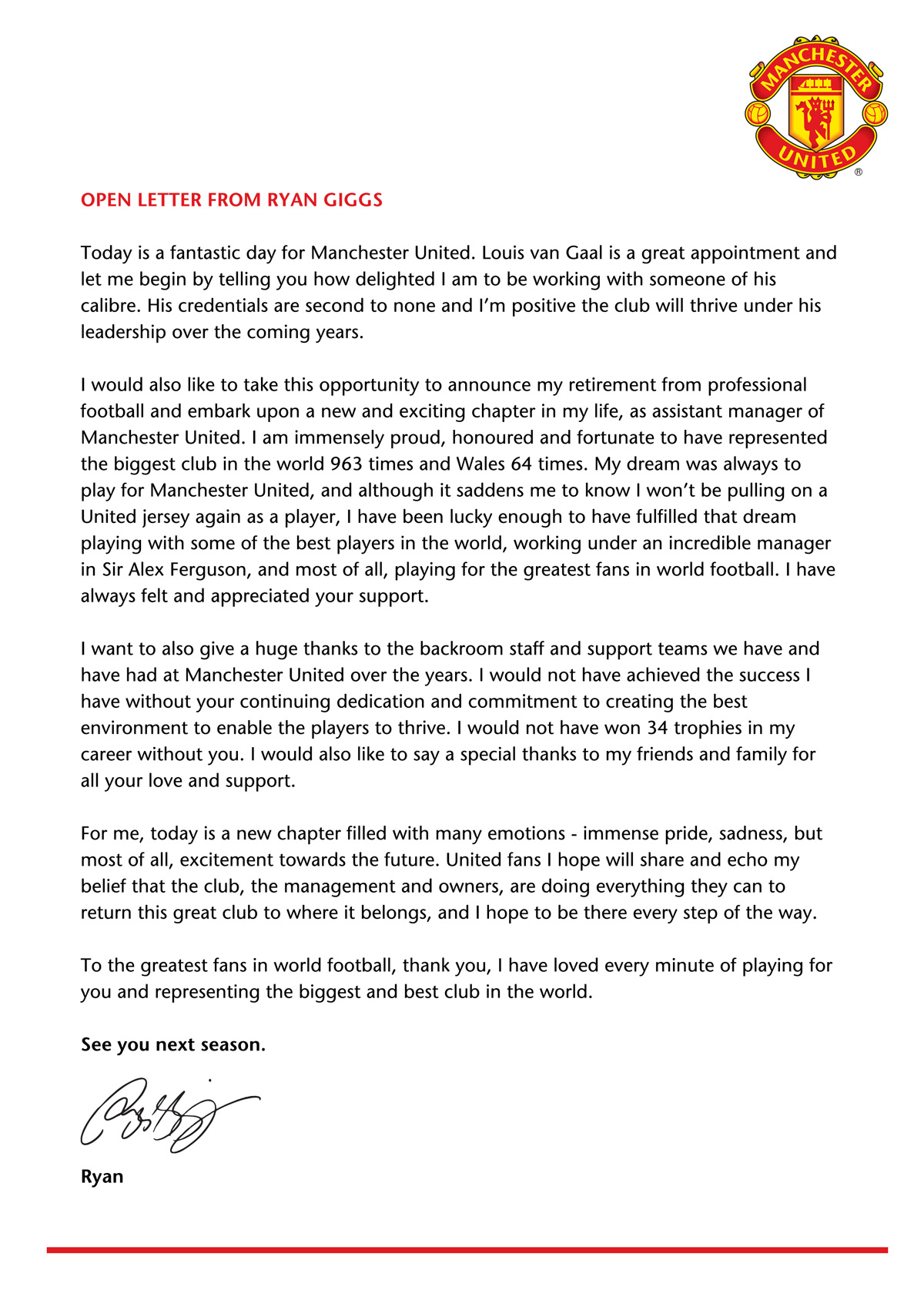 About Jordan Street 15356 Articles
I'm a 25-year old aspiring writer and I created the blog as a platform to discuss all things Manchester United. Season Ticket holder block E332.
Website

Manchester United had one manager for almost three decades, and then three managers within such a short space of time afterwards. One man who was in contention for the job last time around was Ryan […]

Giggs: Mourinho needs to make one key change to the team

Following the departure of David Moyes this morning, it has been confirmed that Ryan Giggs will be in charge of the first team until a new manager can be appointed. The hunt for the new […]