The game itself was one in which the home side were comfortable for the most part. Jose Mourinho must have been pleased, although Everton did have a chance late on following a pretty poor tackle from Chris Smalling.

In terms of individual performances, there were one or two standout displays. Now, a star United duo have been rewarded for excellent matches with a spot in Garth Crooks’ BBC Team of the Week.

First up, we have the ever-improving Victor Lindelof. The man they call the ‘Ice Man’ was brilliant against Juventus in midweek, and he followed that up with another commanding performance against Everton.

His positioning was super, as was his reading of the game and aerial ability. Hopefully, he continues to improve. We may yet have a great player on our hands…

Then we have Anthony Martial. I’m running out of words to describe this young man at the moment. He’s just a joy to watch and we’re lucky to have him. The pace, the goals, the skills. He just does it all. That finish was just sublime. Beating Jordan Pickford from that range isn’t easy.

Check out the full BBC Team of the Week here: 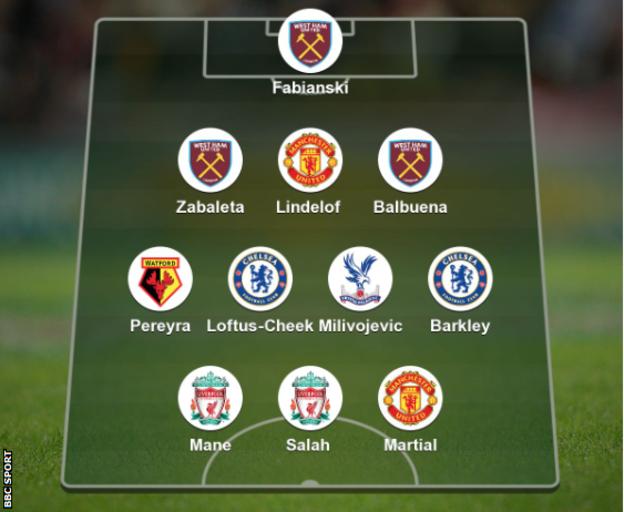 The battle for the Manchester United number one jersey is an intriguing one, I wonder if even the great Sir Alex Ferguson knows who his first choice keeper is? Personally I’m unsure as to whether […]

Picture: Manchester United out of contract XI! Who stays, who goes?

Manchester United Football Club have been in a real mess at the moment. Things could potentially get a whole lot worse as an aftermath. The Red Devils have players aplenty who’ll be free agents come […]

Is United’s Ability to Grind out Results the Real Key to Success?

Manchester United kicked off the Premier League campaign as one of the favourites for the title. In fact, most people when asked, believe the title will indeed end up in Manchester come the end of […]