Manchester United returned to winning ways in the Premier League with a 3-1 victory at home to Northern rivals Burnley last night. With a few goals expected from the strikers against a team fighting relegation, there was an unlikely hero – a player who didn’t even start they game.

With Chris Smalling’s first touch he had the ball in the back of the net with a looping header. From that point onwards he barely put a foot wrong throughout the first half, before adding another brilliantly headed goal on the stroke of half time.

Marcos Rojo was also named in WhoScored’s Team of the Week, with a 7.81 rating out of 10. The Argentine has been an instant hit at the club, rapidly becoming a fan favourite. 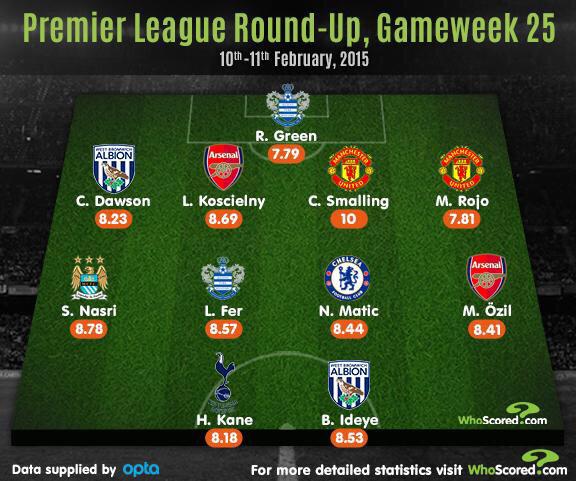 Do these two deserve their place in this team? Leave your thoughts in the comment box below.

Mourinho: These two Man United players have to be brave now

Manchester United Football Club made it into a Europa League semi-final by the skin of their teeth. The Red Devils beat RSC Anderlecht 2-1 on the night, winning the tie 3-2 on aggregate with the […]

Manchester United have a mini contract crisis on their hands. Jose Mourinho has several players within the current squad who’s deals are rapidly winding down. One such player is Chris Smalling, and with the defender […]

Manchester United fans have been full of praise for Chris Smalling this season, with the England international looking in outstanding from from the first minute this term. However one former United player in Michael Owen […]