Manchester United earned a hard-fought draw at home against Jose Mourinho’s extremely powerful Chelsea FC at the weekend, and its great to see that two of our standout performers have been named in a European Team of the Week. The players involved are goalkeeper David de Gea, and midfield powerhouse Marouane Fellaini.

David de Gea made two excellent saves which eventually meant that United were still able to grab a point late on, whereas Marouane Fellaini kept Cesc Fabregas in his back pocket for ninety minutes.

Its also interesting that there are no Chelsea players in the squad, despite portions of the media claiming they were the better side. 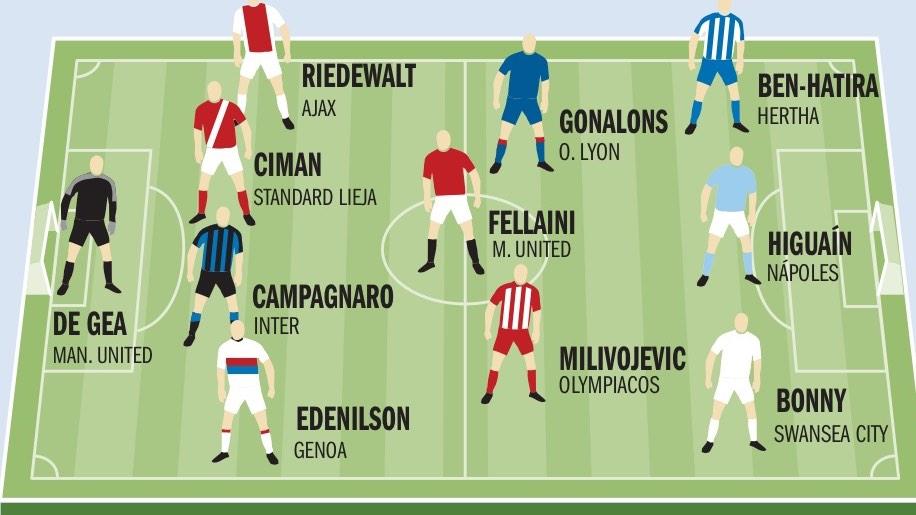 Just when you thought Sergio Ramos couldn’t endear himself to Manchester United fans any further, the Spaniard takes to Twitter to back David de Gea. The Red Devils goalkeeper made a monumental error that led […]

Manchester United’s new signing Ander Herrera is all set to make his Premier League bow against Swansea City on Saturday, but before that the clever Spaniard had a birthday to celebrate. He turned 25 today, […]

Marouane Fellaini’s form has certainly picked up over the last few weeks, with the big Belgian putting in commanding performances against West Ham and Everton in the FA Cup. However, many of the Old Trafford […]