Marcos Rojo has fueled he fire by following Juan Cuadrado on Instagram. This comes after Marcos Rojo followed Manchester United, and a few of their players on Instagram before we knew of any reported interest. Now I’m not saying that this means Cuadrado to Manchester United is set in stone, I’m just suggesting that the last time this happened, Rojo was proven correct.

Rojo seems to have a habit for this kind of thing, as it was only yesterday when the Argentine ‘liked’ this photo of himself and international teammate Angel di Maria with a Manchester United badge behind him. He does seem to enjoy stirring the proverbial pot so to speak, and he does give off that ‘rebel’ attitude.

Its an odd one, because it could be coincidental. However I feel that its just too random. The pair have never played at the same club, they’re from different nations and they’ve never played in the same league. Unless Marcos Rojo is on a wind-up, this may be worth keeping an eye on. 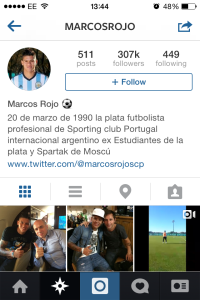 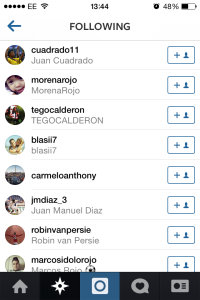 About Jordan Street 15497 Articles
I'm a 25-year old aspiring writer and I created the blog as a platform to discuss all things Manchester United. Season Ticket holder block E332.
Website

Manchester United have been without a trio of vital players for quite a while due to various injuries now, and some had touted at least a couple of these to feature in the game against […]

Manchester United Football Club are undergoing a major transformation at the moment, with Jose Mourinho moulding the squad in his image. One man who was looking likely to be out of the exit door was […]

Manchester United played out a hard-fought 1-1 draw against Leicester City yesterday afternoon, with both sides seemingly settling for a point apiece. After the game, Louis van Gaal has confirmed that another pair of players […]